gptip42day - Posting “To” and “Through” General Ledger

These settings can be confusing to some who have not studied what this terminology means.  Go Tools>Setup>Posting>Posting - 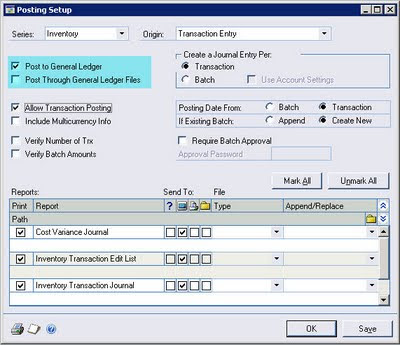 Note: Single transactions  (not in a Batch) Post To General Ledger and not Through General Ledger, even if the Posting Setting is 'Post Through'.  A Batch ID is created using the prefix of the Source Document Code for the transaction posted, i.e. 'IVTFR' for an inventory transfer transaction.

Also, at least one of the two Posting Settings must be checked or no General Ledger batch will be created.
Posted by Frank Hamelly 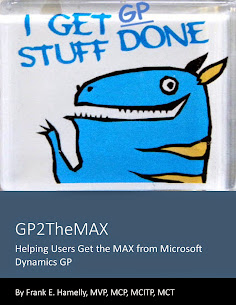